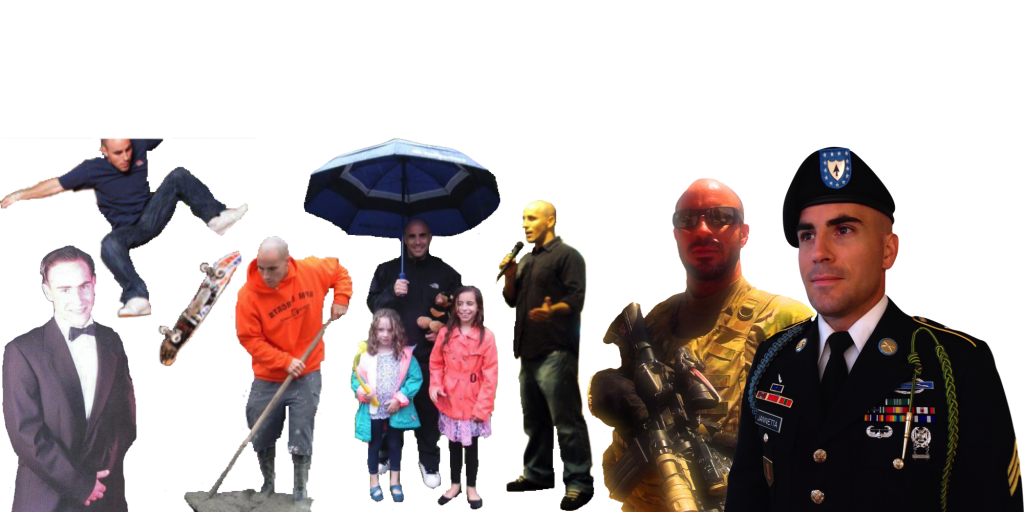 Mark was born and raised in Buckinghamshire, England where he first developed his love for art at an early age, even being exhibited in the Cadbury’s National Exhibition of Children’s Art at age 10.

He worked and studied construction management prior to arrival in the States, September of 1999. He worked with inner-city kids in Brooklyn, NY, before pursuing his dreams and building his own skatepark in Tampa, FL. Mark was able to grow his skate ministry into a network, designing and building skateparks nationwide for churches and nonprofits.

He moved to Joplin MO to work with a large skatepark manufacturer based there, before returning to his roots working with innercity kids once again in Memphis, TN, but also blending his passion for skating in the process, as a positive outlet for youngsters in deprived neighborhoods.

In 2011 Mark gained American citizenship and signed up for the US Army a month later; serving for 3 years as an Infantryman stationed at Fort Knox, KY and deploying once with his squad, to Afghanistan attached to a Special Forces team. He made it to the rank of Sergeant, having established himself as a leader even in Basic Training.

He loves to write and illustrate children’s books primarily for his daughters, and first starting self publishing while deployed in Afghanistan out of a tent.  You can find his books on Amazon.com.

Upon leaving the Army Mark moved his family to Austin TX and began work as an independent contractor inspecting construction sites for banks.

On a home remodel inspection, Mark made friends with Todd, a real estate investor and the two of them formed a new house flipping business. Their combined experience in construction and real estate made for a dynamic team and ultimately out of this partnership came the seed for Mark to get his real estate agent license to do apartment locating and residential real estate.

In terms of a life philosophy Mark was taught: People do not care how much you know, until they know how much you care! Taking care of people is the foundation Mark has built his life upon and continues to be the bottom line in all he does.

And more detailed account of Art in his life here: Art History